Please ensure Javascript is enabled for purposes of website accessibility

Before its redesign, the Rio Grande/Candelaria intersection was a serious concern for the City of Albuquerque in terms of speeding, vehicle crashes, and pedestrian safety. BHI analyzed an existing preliminary design that used FHWA guidelines but promoted fast entry speeds and unrealistic sight distance triangles. Based on this information, the BHI team developed a new layout to optimize the roundabout geometry and control the speeds of fast-tracking vehicles. The new roundabout layout was developed to optimize the existing design to balance the fast-track speeds and improved the operational level of service. Designers utilized a tiered curb approach to minimize fast track speed, bicycle lanes were transitioned via curb bike ramps to the sidewalk on the approaches and departures to the intersection, and pedestrian crossings at the intersection were managed with a “Z” configuration within the splitter island.

The project included the design of 400 ft of pavement construction along Rio Grande Blvd. and Candeleria Rd., an intersection analysis, restriping, and right-of-way acquisition. 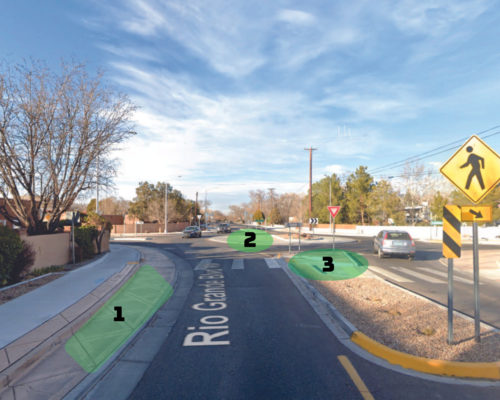 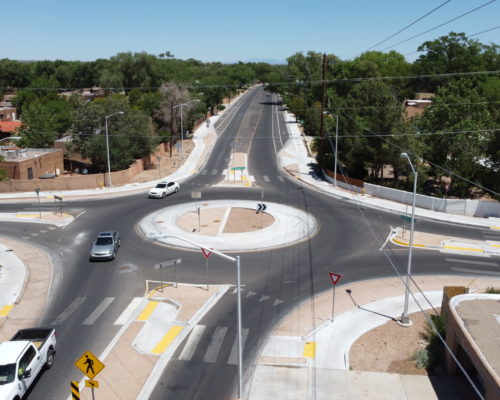